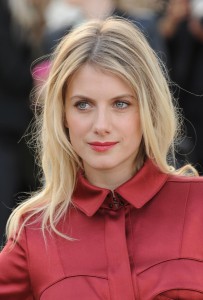 Laurent in 2013, photo by Prphotos

Mélanie Laurent is a French actress, singer, pianist, screenwriter, and director. She is known for starring in the 2009 film Inglourious Basterds, as well as the films Dikkenek, Don’t Worry, I’m Fine, Now You See Me, and Enemy. Her mother, Annick, is a ballerina, and her father, Pierre Laurent, is a voice-over actor.

Mélanie has a son with her husband.

One of Mélanie’s grandfathers is named Henri.