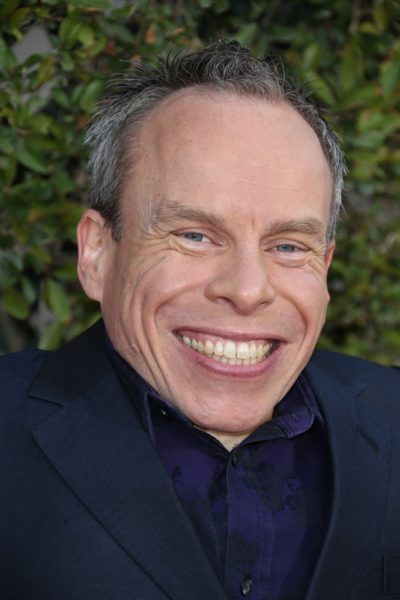 Ethnicity: English, some Welsh and Irish

Warwick Davis is an English actor, television presenter, writer, director, and producer. He is known for starring as the title character in the Leprechaun films. He also headlined the film Willow, and appeared in Return of the Jedi and Harry Potter, among many other roles.

Warwick is married to Samantha Davis. Samantha is the sister of actress Hayley Burroughs and the daughter of actor Peter Burroughs. The couple has had four children, including actress Annabelle Davis.

Warwick’s paternal grandmother was Edith Lavinia/Louise Manning (the daughter of Dennis John Manning and Lucy Louisa/Louise Clarke Topping). Edith was born in Croydon, Surrey, England. Dennis was the son of Dennis Manning, whose parents were Irish, with roots in County Langford, and who was a violinist; and of Amelia Griffiths. Lucy was the daughter of Austin Topping and Annie Laura Clark.

Sources: Information about, and additional details related to, Warwick’s appearance on Who Do You Think You Are?, 2017 – https://www.thegenealogist.co.uk

Genealogy of Warwick’s paternal grandfather, William Arthur Reginald Davis (focusing on his own father’s side) – https://worldconnect.rootsweb.ancestry.com