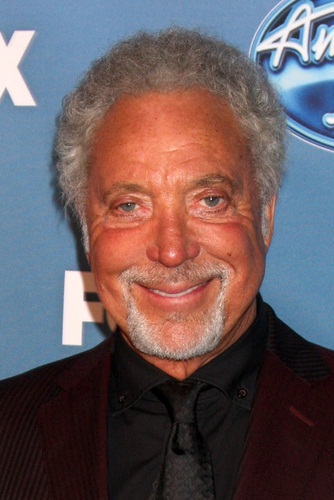 Tom Jones is a legendary Welsh soul singer and actor.

He is the son of Freda (Jones) and Thomas John Woodward, a coal miner. Tom’s paternal grandparents were both English, though Tom’s father may have had a small amount of Welsh, as well as Scottish and Irish, ancestry. Tom’s mother was of Welsh and English descent.

Tom is known for his blue eyes and curly black hair, although it is now mostly gray.

Tom was married to Linda, until her death. The couple has a son.

Tom’s paternal grandfather was James Woodward (the son of Richard Woodward and Mary Holmes). James was born in Snowshill, Gloucestershire, England, and moved to Wales. Richard was the son of William Woodward and Hannah Workman. Mary was the daughter of Thomas Holmes and Sarah Griffiths/Pinching.

Tom’s maternal grandfather was Albert Rhys Jones (the son of Rees Jones and Alice Harris). Albert was of Welsh descent, and was born in Cardiff St. John, Glamorgan, Wales.

Tom’s maternal grandmother was Ada Osman/Osmond (the daughter of Henry Osman/Osmond and Jane Mills). Ada was born in Pontypridd, Wales, to English parents, her father from Somerset and her mother from Wiltshire. Henry was the son of Mark Osman and Charlotte Owens.