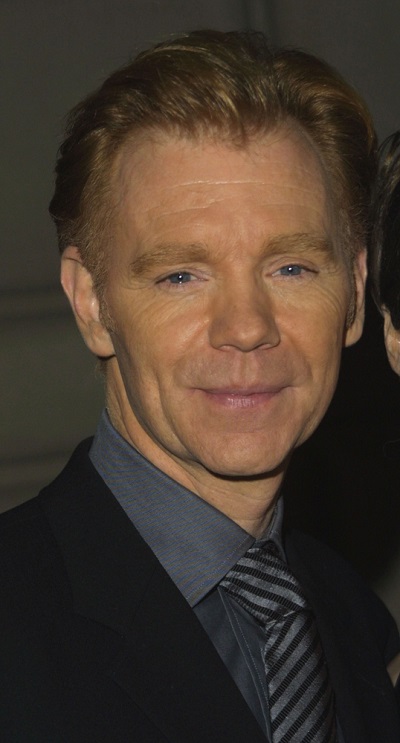 David Caruso is an American actor and producer. He has starred on the television series NYPD Blue and CSI: Miami, and in the film Jade, among other projects.

David is the son of Joan Frances (O’Connell), a librarian, and Salvatore Charles Caruso, a magazine and newspaper editor. His father was of Italian descent and his mother was of Irish ancestry.

David’s maternal grandfather was William Patrick O’Connell (the son of James Joseph O’Connell and Ellen “Nellie” O’Neill). William was born in Brooklyn, New York City, New York. James was the son of Irish emigrants, Daniel O’Connell and Mary Burns, the former of County Kerry. Nellie was of Irish descent, and was the daughter of Richard O’Neill and Margaret Quinlan.