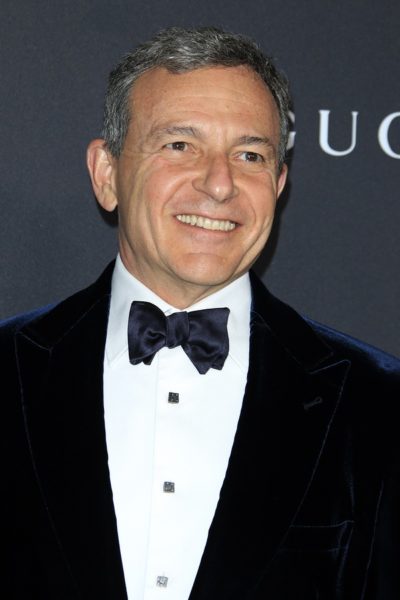 Iger in 2016, photo by kathclick/Bigstock.com

Bob Iger is American media executive and film producer. He is the Chief Executive Officer (CEO) of The Walt Disney Company. He has also been president of ABC Television, and president and chief operating officer (COO) of Capital Cities/ABC, Inc.

Bob is the son of Miriam A. “Mimi” and Arthur Lawrence Iger. He is married to television correspondent, editor, author, and model Willow Bay. He has two children with his former wife Kathleen Susan Iger; and two children with Willow.

Bob’s paternal grandfather was named Joseph Iger (the son of Jacob Iger and Rosie/Rosa). Joseph was born in Austria, to a Jewish family, and was raised in Oklahoma. His brother was cartoonist Jerry Iger.