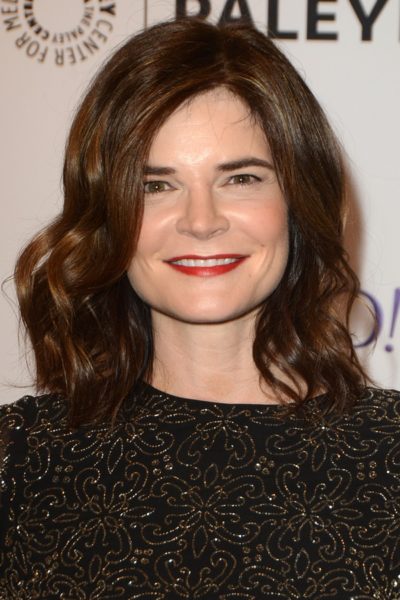 Brandt in 2015, photo by kathclick/www.bigstockphoto.com

Ethnicity: German [including Alsatian], some Polish, smaller amounts of English and Irish

Betsy Brandt is an American actress.

Betsy’s father is mostly of German and English, along with some Irish, descent. Betsy’s mother has German [including Alsatian] and Polish roots.

She is married to Grady Olsen, with whom she has two children.

Betsy’s paternal grandfather was Edward Robert Brandt (the son of Julius Robert Brandt and Augusta Stark/Storck). Edward was born in Pennsylvania, to parents from either Russia or Germany, who were of German descent.

Betsy’s paternal grandmother was Maud/Maude May Knight (the daughter of William Malcolm Knight and Anna Barbara Dietlein). Maud was born in Michigan. William was the son of Adam Clark Knight and Calista Rolizza Mosher. Anna was the daughter of Johann Vitus Dietlein and Eva Margaretha Lang, who were from Bavaria, Germany.

Betsy’s maternal grandfather was Louis J. “Louie” Wirbel/Wirbul (the son of Jacob Wirbel/Wirbul and Lena Huber). Louis was born in Michigan, and was of German descent. Jacob was born in Germany, the son of Peter Wirbel and Margaret Spercher. Lena was born in Alsace-Lorraine (now part of France), the daughter of Eigen Huber and Anna M. Treik.