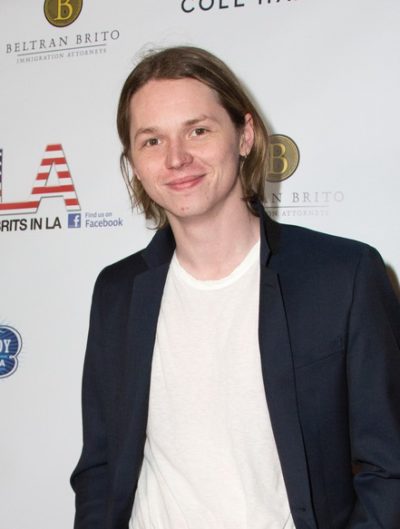 Jack Kilmer is an American actor. He is the son of actors Val Kilmer and Joanne Whalley. His father is American, and was born in California. His mother was English, and was born in Manchester, Lancashire.

Jack’s paternal grandfather was Eugene Dorris Kilmer (the son of Thomas/Tom Walker Kilmer and Nora/Norah Elizabeth Jones). Eugene was born in Texas, and was of German, English, Welsh, Scots-Irish/Northern Irish, and French Huguenot ancestry. Thomas was a gold miner in New Mexico, and was the son of Jeremiah Early Kilmer and Nancy Williams. Nora was the daughter of Stephen T. Jones and Sarah Elizabeth “Sallie” Webb.

Jack’s maternal grandmother was Avril D. Quinn/Bernard (the daughter of Thomas A. Quinn and Muriel Bernard). Avril was born in Manchester, Lancashire, England. Muriel was the daughter of Alexander Bernard and Doris Matz.

During Jack’s father Val’s interview on Inside the Actors Studio (2000), Val stated that he has Sephardi Jewish, Cherokee Native American, and Mongolian ancestry, perhaps jokingly, perhaps not. Val has often referenced having Cherokee ancestry, usually from a paternal great-grandmother. However, no Sephardi Jewish, Cherokee Native American, or Mongolian ancestry has been documented in publicly available family trees of Val Kilmer. Both of Val’s paternal great-grandmothers, Nancy Williams and Sarah Elizabeth Webb were born to non-Cherokee families with fairly well-documented recent ancestors.

Sources: Genealogy of Jack Kilmer (focusing on his father’s side) – https://www.geni.com

History of the Kilmer family – http://www.geocities.ws

Genealogy of Jack’s paternal great-grandfather, Thomas/Tom Walker Kilmer (focusing on his own father’s side) – http://www.findagrave.com