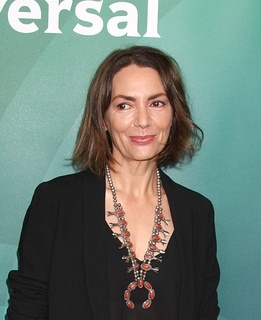 Whalley in 2016, photo by kathclick/Bigstock.com

Joanne Whalley is a British actress. Her roles include Dance with a Stranger, Willow, and Scandal (1989).

She has two children, including actor Jack Kilmer, with her former husband, American actor Val Kilmer. She has also been credited as Joanne Whalley-Kilmer.