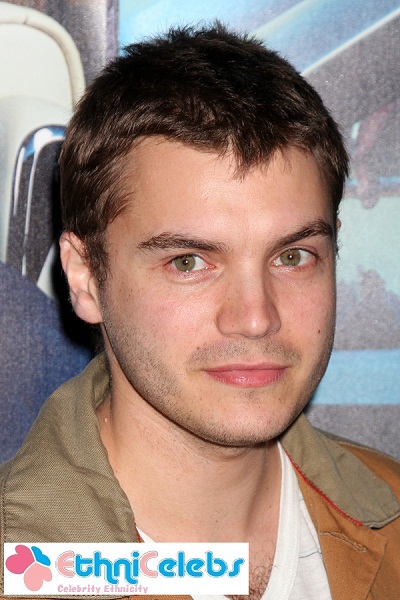 Hirsch in 2011, image via kathclick/Bigstock.com

Emile Hirsch is an American actor. He is known for starring in the films The Emperor’s Club, The Girl Next Door, Alpha Dog, Into the Wild, Speed Racer, Killer Joe, and The Autopsy of Jane Doe, among many others.

Emile is the son of Margaret, a visual artist, and David Hirsch, an entrepreneur and producer. Emile’s paternal grandfather was Jewish (of German Jewish and English Jewish descent). Emile also has English, Scots-Irish/Northern Irish, German, and remote French, ancestry. Emile has a son.

Emile’s paternal grandmother was Doris Lucille Morgan (the daughter of Charles W. Morgan and Tahama Jewel Dimick/Dimmick). Doris was born in California. Tahama was the daughter of Augusta Rhoda Dimmick.

Emile’s maternal grandmother was Dorothy Matilda Milliken (the daughter of James Douglas Milliken and Esther Mae Lang). Dorothy was born in Illinois. James was the son of David Milliken, whose parents were emigrants from Northern Ireland, and of Alice Belle Palmer.

Genealogy of Emile Hirsch (focusing on his mother’s side) – http://www.paulsfamilyhistory.com

Genealogy of Emile’s mother (focusing on her father’s side) – http://worldconnect.rootsweb.ancestry.com