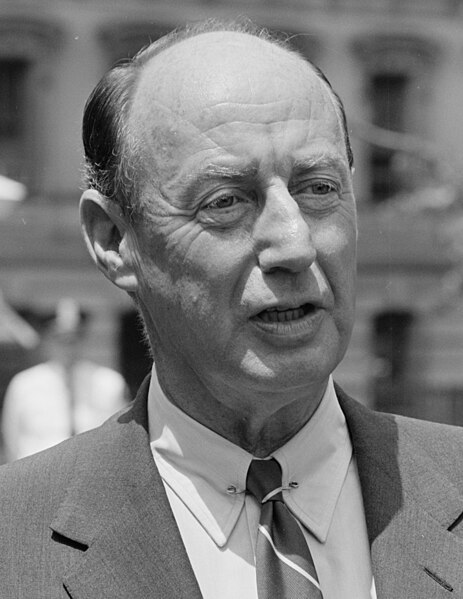 Adlai was the son of Helen Elizabeth/Louise (Davis) and Lewis Stevenson (Lewis Green Stevenson), who was the 23rd Secretary of State of Illinois, from 1914 to 1917. Adlai’s paternal grandfather, Adlai Stevenson I, was the 23rd Vice President of the United States, from 1893 to 1897. He had three children with his former wife, Ellen Borden. Their son Adlai Stevenson III was a U.S. Senator from Illinois, from 1970 to 1981.

Adlai was a second cousin, once removed, of actor and comedian McLean Stevenson.

Adlai’s paternal grandfather was Adlai Ewing Stevenson (the son of John Turner Stevenson and Elizabeth/Eliza Ann Ewing). Adlai’s grandfather Adlai was born in Kentucky. John was the son of James Bell Stevenson, who was born in North Carolina, to parents from Antrim, Northern Ireland, and of Nancy Young Brevard. Elizabeth was the daughter of Adlai Osborne Ewing and Sophie/Sophia Goodrich Wallis/Wallace.

Adlai’s maternal grandfather was William Osborne Davis (the son of Hibbard Davis and Elizabeth Osborn/Osborne). William was born in Pennsylvania.

Adlai’s maternal grandmother was Eliza Brown Fell (the daughter of Jesse Weldon Fell and Hester Vernon Brown). Eliza was born in Illinois. Jesse was an Illinois businessperson and close friend of Abraham Lincoln; he was the son of Jesse Fell and Rebecca Roman. Hester was the daughter of William Brown and Rachel Milner.

Genealogy of Adlai Stevenson II (focusing on his father’s side) – https://www.geni.com