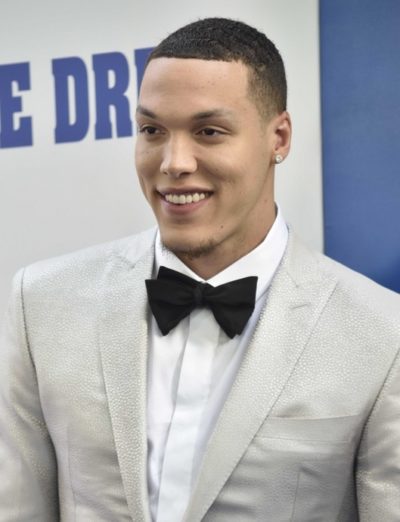 Aaron Davis is an American professional basketball player and actor.

He is the son of Shelley Davis and Ed Gordon, who played basketball for San Diego State.

Aaron’s maternal grandparents are Floyd Wayne Davis (the son of Nathan Davis and Mae Boyd) and Gale Griffith. Floyd was born in Kansas.

Aaron’s father is African-American. Aaron has stated that his paternal great-great-grandfather was a 7 foot tall Osage Native American. It is not clear if this is accurate.

Aaron’s mother is white, and has Welsh, and Irish and/or Scottish ancestry.