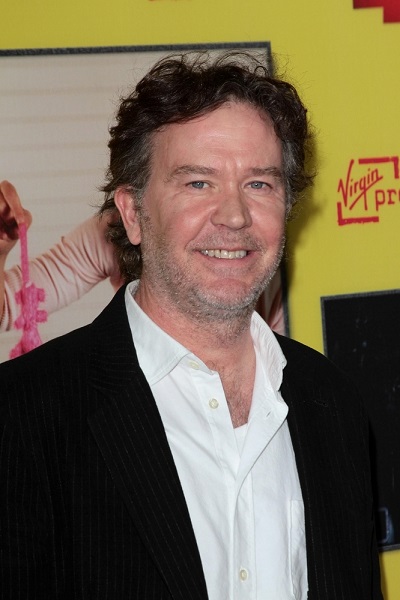 Hutton in 2013, photo by Prphotos.com

Timothy Hutton is an American actor and director. He won the Academy Award for Best Supporting Actor for Ordinary People (1980).

He is the son of Maryline (Poole) and actor Jim Hutton (Dana James Hutton). Aside from Los Angeles, he was raised in Boston, and in his mother’s hometown, Harwinton, Connecticut. Timothy has a son, documentary filmmaker Noah Hutton, with his first wife, actress and producer Debra Winger; and a son with his second wife, illustrator Aurore Giscard d’Estaing. Aurore’s uncle was French president Valéry Giscard d’Estaing.

Timothy’s paternal grandmother was Helenmae/Helen-Mae C. (Scottebo/Scotteabo/Scottobo) Hutton Ryan (the daughter of Lewis Scottebo/Scotteabo and Ellen/Ella T. Dacey). Helen-Mae was born in New York. Lewis was born in Iowa, the son of Reier Olsen Skattebo and Anne/Anna/Annie Marie/Maria Kulterstad/Brufladt, who were Norwegian, he from Østre Serdre and she from Brusfledt. Ellen was born in New York, the daughter of Irish parents, Patrick Dacey and Ellen.

Genealogy of Timothy Hutton (focusing on his father’s side) – http://gw.geneanet.org

Genealogy of Timothy’s maternal great-great-grandfather, Austin Denny Barnard (focusing on his own mother’s side) – http://worldconnect.rootsweb.ancestry.com