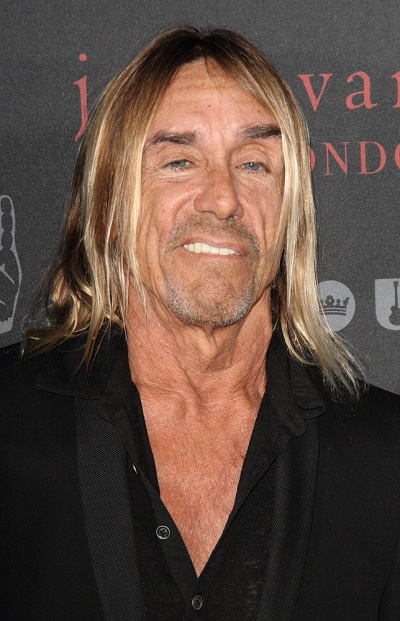 Iggy Pop is an American singer, songwriter, musician, record producer, and actor. He is known as the “Godfather of Punk.”

Iggy is the son of Louella (Christensen) and James Newell Osterberg. His father, who was of Irish and English descent, was raised by Minnie Josephine Osterberg, a nurse; Minnie was born in Illinois, to Swedish parents, Carl J. Hendrick Osterberg and Mathilda Helstrom. Iggy’s mother had Danish, Norwegian, and Swedish ancestry.

Iggy is married to Nina Alu. He has a son.

Iggy’s paternal grandparents were born in Ohio and Iowa, respectively.

Iggy is sometimes described on the internet as being of Jewish heritage, whether by birth or adoption. This is not accurate.