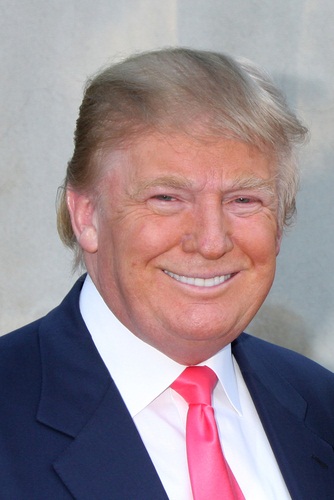 President Trump’s father, Fred Trump (Frederick Christ Trump), a real estate developer, was born in Woodhaven, Queens, New York, to German immigrants. President Trump’s mother, Mary Anne (MacLeod), was Scottish, born in Tong, Stornoway, on the Isle of Lewis, and spoke Scottish Gaelic in her home. She came to the U.S. around 1929, at the age of seventeen, and worked as a maid in New York. Mary Anne became a U.S. citizen in 1942.

President Trump is married to Slovenian-born model Melania Trump; he was previously married to Czech-born fashion designer, model, and author Ivana Trump and Georgia, U.S.-born actress, model, and television personality Marla Maples. He has five children, Donald Trump, Jr., Ivanka Trump, and Eric Trump, all three with Ivana, Tiffany Trump, with Marla, and Barron Trump, with Melania. Most of them work in business. Donald, Jr. is married to model Vanessa Trump, Ivanka is married to businessperson and investor Jared Kushner, and Eric is married to producer Lara Trump.

President Trump’s paternal grandmother was Elizabeth/Elisabeth Christ (the daughter of Philipp Christ and Anna Maria/Marie Anthon). Elizabeth was German, born in Kallstadt, Rhineland-Palatinate. Philipp was the son of Johannes/Johann Georg Christ and Sabina Christina Hartung. Anna was the daughter of Johannes Anthon and Eva Farny.