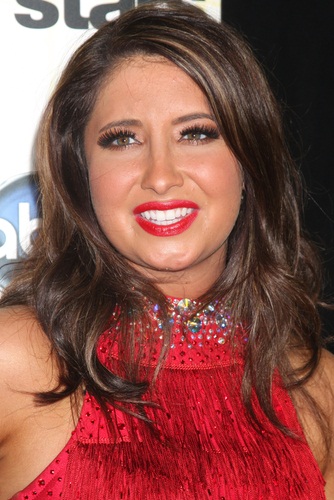 Briston Palin is an American public speaker, reality television personality, and real estate agent. She is the daughter of Todd Palin and former Alaska Governor and Vice Presidential candidate, Sarah Palin (born Sarah Louise Heath). Bristol has a son with her former fiancé, fellow Alaskan Levi Johnston; and two children with her former husband Dakota Meyer, a marine who won the Medal of Honor.

Bristol’s paternal grandfather is James F. Palin (the son of Frederick William Palin and Harriet/Harriett Eliza/Lorraine Alma Gallagher/Gallaher). Frederick was born in Manitoba, Canada, the son of Richard Palin, who was born in Blackburn, Lancaster, England, and of Florence/Florentne Stange.

Bristol’s paternal grandmother is named Blanche Roberts (the daughter of a father surnamed Roberts, and of Helena “Lena” Andree, whose Yup’ik name is Tikchu). Helena was the daughter of Billy Bartman, who was Dutch, and of Ahchitmook “Amalia,” who was Yup’ik.

Bristol’s maternal grandmother is Sarah Sheeran (the daughter of Charles James Sheeran and Helen Louise Gower). Sarah was born in Washington. Charles was the son of Michael James Sheeran, who was of Irish descent, and of Ida Henrietta Mueller, who was of German ancestry. Helen was the daughter of James Carl Gower, whose mother was German, and of Cora Godfrey Strong.

Genealogy of Bristol Palin (focusing on her mother’s side) – http://www.wikitree.com

Notes on some of Bristol’s distant relatives – http://www.suite101.com