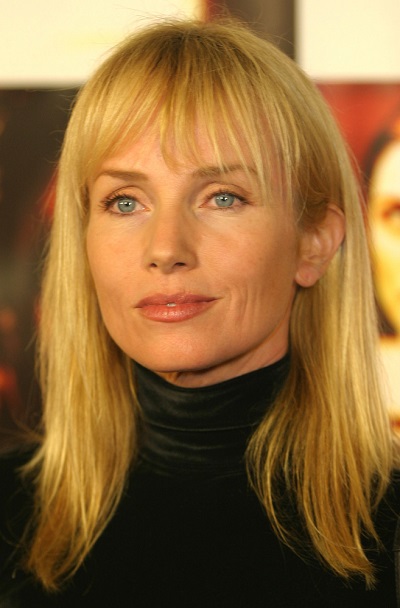 De Mornay in 2003, photo by Prphotos.com

Rebecca De Mornay is an American actress and producer. She is the daughter of Julie (Eagar) and Wally George (born George Walter Pearch), was a conservative television and radio commentator. Her surname is from her stepfather, Richard De Mornay.

Rebecca has two children with her former partner, actor and sportscaster Patrick O’Neal, who is the son of actors Ryan O’Neal and Leigh Taylor-Young.

Rebecca’s paternal grandmother was Eugenia Margaret Clinchard (a child actress; the daughter of Frederick Balbach Clinchard and Elsie/Elsa Bertha Dorothea Honnef/Honneff/Von Honnef). Eugenia was born in California. Frederick was the son of Jacob Francois/Francis Clinchard, who was of French and German descent, and of Elizabeth/Elise/Elisa Balbach, who was German, from Karlsruhe, Baden-Württemberg. Rebecca’s great-grandmother Elsie was also of German ancestry, the daughter of Henry Honnef/Von Honnef/Von Honif and Bertha/Birdie Faulhaber.

Source: Genealogy of Rebecca De Mornay (focusing on her father’s side) – https://www.geni.com