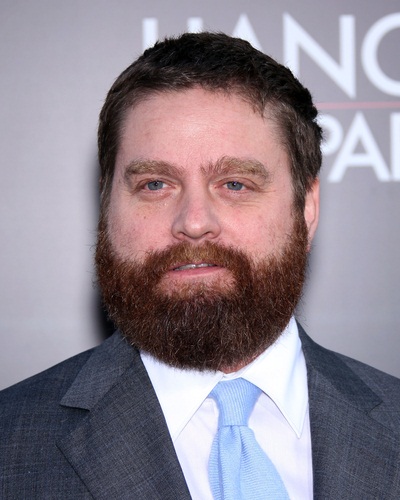 Zach Galifianakis is an American actor, writer, and comedian.

His father is of Greek descent. His mother has Scottish, English, and small amounts of Welsh, French Huguenot, and Irish, ancestry. Zach was baptized in his father’s Greek Orthodox church.

Zach is married to Quinn Lundberg, co-founder of the Growing Voices charity. The couple has two children. His cousin is cartoonist Nick Galifianakis, and his uncle is Democratic politician Nick Galifianakis, who was a Member of the U.S. House of Representatives from North Carolina, from January 3, 1967 to January 3, 1973; both of whom have the same name.

Zach’s maternal grandfather was Paul Lindsay Cashion (the son of Andrew Archer “Archie” Cashion and Clara Elouise Grist). Paul was born in Virginia. Andrew was the son of John Andrew Cashion and Fannie Beard. Clara was the daughter of John Taylor Grist and Mary Nancy Davis.

Sources: Interview with Zach, where he mentions his Greek background – http://www.brianmpalmer.com