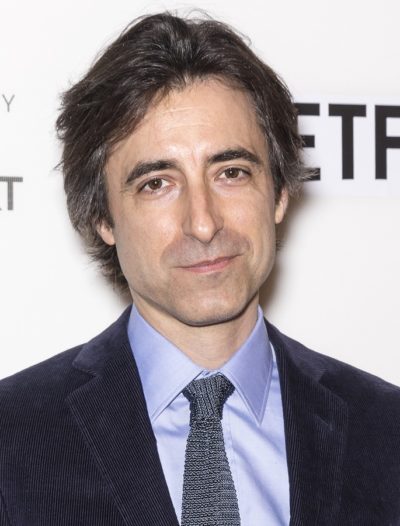 Baumbach in 2017, photo by excelentphoto/www.bigstockphoto.com/

Noah Baumbach is an American filmmaker.

Noah is the son of Georgia (Nelson) Brown and novelist and film critic Jonathan Baumbach. Noah’s father was Jewish. Noah’s mother is Protestant. Noah has a son with his former wife, actress Jennifer Jason Leigh; and a son with his partner, actress and filmmaker Greta Gerwig.

Noah’s paternal grandfather was Harold M. “Harry” Baumbach (the son of Isaac Baumbach/Bomback/Bombach and Anna/Annie Summer/Sommer). Harold was born in New York, to Austrian Jewish parents. He was a noted painter and academic.

Sources: Genealogy of Noah Baumbach (focusing on his father’s side) – https://www.geni.com