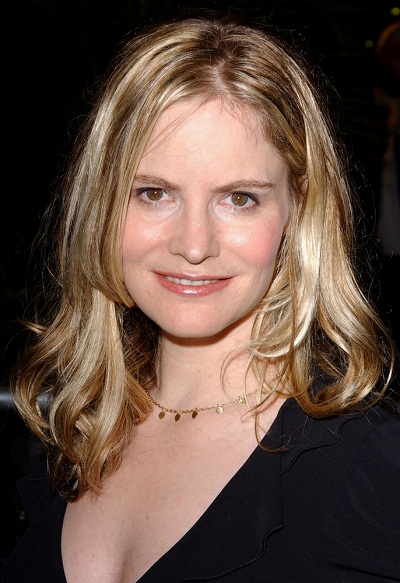 Jennifer Jason Leigh is an American actress. She is known for her roles in the films Fast Times at Ridgemont High, Short Cuts, Mrs. Parker and the Vicious Circle, Dolores Claiborne, and The Hateful Eight, among many others.

She is the daughter of actor Vic Morrow (born Victor Morozoff) and screenwright Barbara Turner (born Gloria Rose Turner). Her parents were both Jewish (their families emigrated from Russia and the Austro-Hungarian Empire). Her half-sister is actress Mina Badie.

Jennifer uses the middle name Jason in tribute to actor Jason Robards, who was a family friend.

Jennifer has a son with her former husband, writer and director Noah Baumbach.

Jennifer’s maternal grandfather was Alexander Chaim Turner (the son of Meilech/Milton Turner and Hanna/Henie/Anna/Annie Teicholtz). Alexander was a Jewish emigrant, from Galicia. Hanna was the daughter of Isaac Teicholtz and Ida.

Jennifer’s maternal grandmother was Pearl Pauline Zisez/Zises (the daughter of Samuel/Sam Zisez/Zises and Fannie/Fanny Abershtark/Aberstark). Pearl was born in New York, to Jewish parents from the Austro-Hungarian Empire. Fannie was the daughter of Gussie.