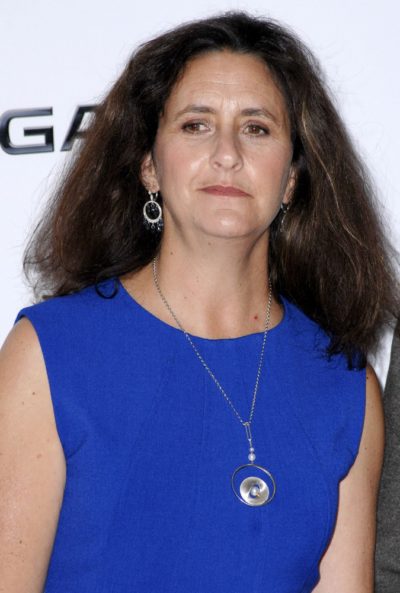 Gigi Pritzker is an American billionaire, film producer, and philanthropist.

Gigi is the daughter of Marian “Cindy” (Friend) and Jay Arthur Pritzker. Gigi’s parents were both Jewish. Her father’s family is known for being one of the wealthiest in the U.S. Her siblings are businesspeople Thomas Pritzker and John Pritzker, and musician and director Daniel Pritzker. Her paternal uncles were businesspeople Robert Pritzker and Donald Pritzker. Among her cousins are actress Liesel Pritzker Simmons, who has been credited as Liesel Matthews, U.S. Secretary of Commerce, Penny Pritzker, and businessperson and politician J. B. Pritzker, who has been Governor of Illinois, since January 14, 2019.

Gigi is married to Michael Pucker, and has three children.

Gigi’s paternal grandfather was Abram/Abraham Nicholas “Abe” Pritzker, a prominent businessperson and business lawyer (the son of Nicholas Jacob Pritzker and Anna/Annie P. Cohen/Cohn). Abram was born in Illinois, the son of Ukrainian Jewish parents. Gigi’s great-grandfather Nicholas was born in Kiev, the son of Jacob/Yakov Yechezkel Nicholas Pritzker and Sophia/Sophie Schwartzman, who was born in Germany. Anna was born in Nezhin, the daughter of Eleazar/Levie Cohen and Fannie/Rosalie Schniroff.

Gigi’s paternal grandmother was Fanny/Fannie L. Doppelt (the daughter of Jacob Doppelt and Hannah/Chane Henshi/Henschy Dichter). Fanny was born in Illinois, to Austrian Jewish parents. Jacob was the son of Asher/Usher/Isidore Halevi Doppelt and Charlotte/Lottie Prend/Weinberger, who were from Gmina Brzozów, Subcarpathia, Poland. Hannah was the daughter of Salomon Hersch Dichter and Chane Grossman.

Gigi’s maternal grandmother was Sadie Cohn (the daughter of Esau M. Cohn/Cohen and Ethel Feidelberg/Faldberg). Sadie was born in Nebraska, to parents from Russia.