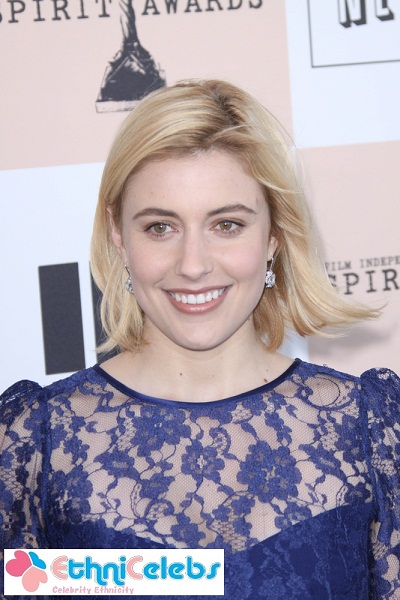 Greta Gerwig is an American actress and filmmaker.

She has a son with her partner, filmmaker Noah Baumbach.

Greta’s paternal grandfather was Roger Wesley Gerwig (the son of Louis/Lewis George Gerwig and Amelia Issac Rogers). Greta’s grandfather Roger was born in Colorado. Louis was born in Indiana, the son of German parents, George Henry Gerwig, from Alsace-Lorraine, and Elizabeth Maria Barth, from Huffenhardt, Baden. Amelia was born in Morro de St. Anna, Brazil, the daughter of Nicholas Rogers and Mary Ann Issac/Isaacs, who were from Cornwall, England.

Greta’s maternal grandmother was Betty Jane Foley (the daughter of James B. Foley and Edith Hatfield). Betty was born in Illinois.

Genealogy of Greta Gerwig (focusing on her mother’s side) – https://www.geni.com

Genealogy of Greta’s maternal great-grandmother, Viola Grace Davenport (focusing on her own father’s side) – http://worldconnect.rootsweb.ancestry.com