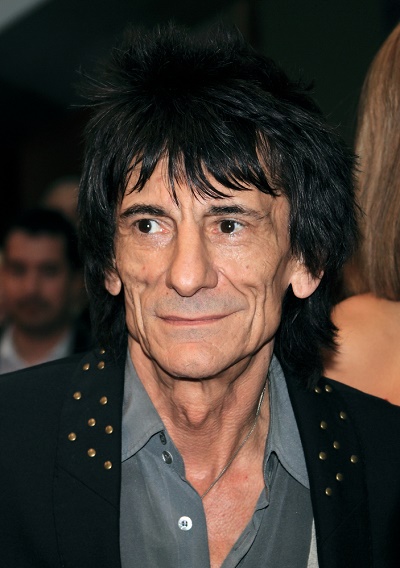 Ronnie Wood is an English rock musician, songwriter, multi-instrumentalist, artist, author, and radio personality. He is a member of The Rolling Stones, a band whose members also include/have included Mick Jagger, Keith Richards, Charlie Watts, and Bill Wyman. He has also been a member of the bands The Jeff Beck Group, with Jeff Beck and Rod Stewart, and Faces, with Stewart.

Ronnie is often said to be descended from “water gypsies.” Whether the description indicates Romani ancestry is not clear.

Ronnie’s paternal grandfather was Sylvester Wood (the son of Benjamin Wood and Harriet Harrison). Sylvester was born in Macclesfield, Cheshire. Benjamin was the son of John Wood and Sarah Russel/Russell. Harriet was the daughter of Samuel Harrison and Judith Brooks.

Genealogy of Ronnie Wood (focusing on his father’s side) – http://www.geni.com