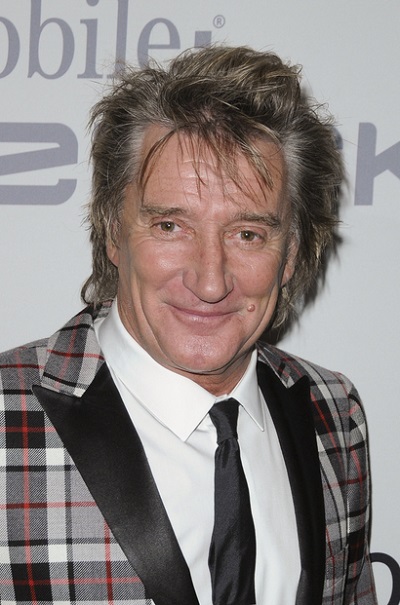 Stewart in 2009, photo by Prphotos.com

Rod Stewart is a British singer and songwriter. He is one of the best-selling music artists of all time, having sold over 100 million records worldwide. He has been a member of the bands The Jeff Beck Group, with Jeff Beck and Ronnie Wood, and Faces, with Wood.

Rod is the son of Elsie Rebecca and Robert Joseph Stewart. His father was Scottish, and was a master builder in Leith, Edinburgh. His mother was English, and grew up in Upper Holloway in North London.

Rod’s paternal grandfather was Robert Smith Stewart (the son of Joseph Stewart and Charlotte Smith). Joseph was the son of Robert Stewart and Janet Ross.