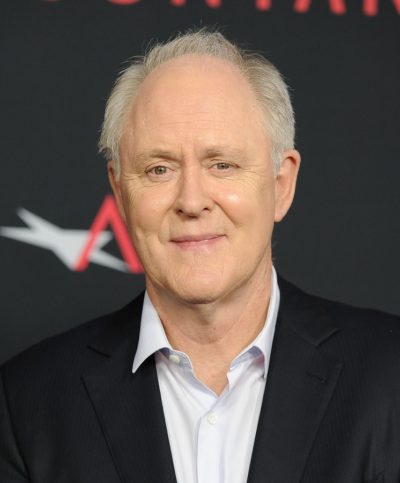 Lithgow in 2016, photo by DFree/Bigstock.com

Ethnicity: English, one quarter Welsh, as well as remote Northern Irish and Scottish, possibly other

John Lithgow is an American actor, musician, singer, comedian, and author. His many roles include the films Obsession, Blow Out, The World According to Garp, Terms of Endearment, Raising Cain, Cliffhanger, Shrek, Beatriz at Dinner, and Bombshell, as well as the series 3rd Rock from the Sun and Dexter, and considerable, Tony-winning, work on stage.

John is the son of Sarah Jane (Price), an actress, and Arthur Washington Lithgow III, a theatrical director, producer, and actor, who ran the McCarter Theatre in Princeton, New Jersey. He was raised partly in Yellow Springs, Akron, and Lakewood, all in Ohio. John’s father was born on Puerto Plata, Dominican Republic, where some of his American family had lived for a few generations. John’s maternal grandfather was of Welsh descent, while most of the rest of his ancestry is Colonial American (English), with deep roots in Massachusetts.

John is married to Mary Yeager. He has a son, actor Ian Lithgow, with his former wife Jean Taynton; and two children with Mary.