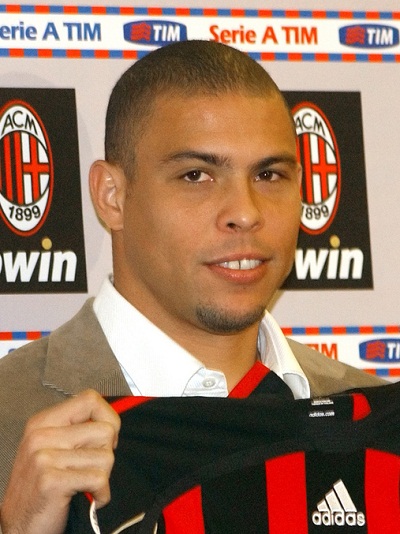 Ronaldo in 2007, photo by Prphotos.com

Ronaldo is a Brazilian professional footballer and business owner, who played as a striker. He is president of La Liga club Real Valladolid. He is the son of Sônia dos Santos Barata and Nélio Nazário de Lima. He is dubbed O Fenômeno, “The Phenomenon,” and R9, and is widely considered one of the greatest footballers of all time.

Regarding racism in football, he has said, “I think that all blacks suffer (with racism). I, that am white, suffer because of so much ignorance.” In response to this, his father, Nélio Nazário de Lima, Snr., a dark-skinned African-Brazilian, stated, “He knows quite well that he is black… In truth, at the time I thought it was some type of philosophy, something in this sense… because he knows that he is black.” A picture of Ronaldo’s mother can be found here.

Ronaldo is married to Maria Beatriz Antony. He has a son with his former wife, footballer Milene Domingues; a son with Michele Umezu; and two children with Maria Beatriz.