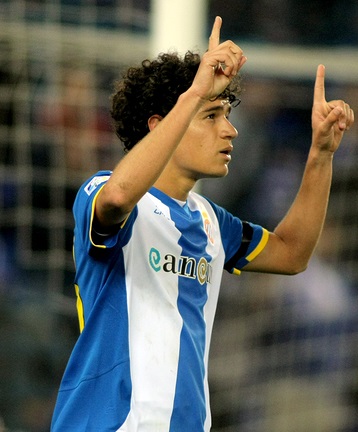 Coutinho in 2012, photo by Maxisports/Bigstock.com

Philippe Coutinho is a Brazilian professional footballer. He plays as an attacking midfielder or winger. His January 2018 transfer, to Barcelona, for a €142 million record fee made him the third most expensive football player ever.

Philippe is the son of Esmerelda Coutinho and architect José Carlos Correia. He is married to Aine. He also has a Portuguese passport.