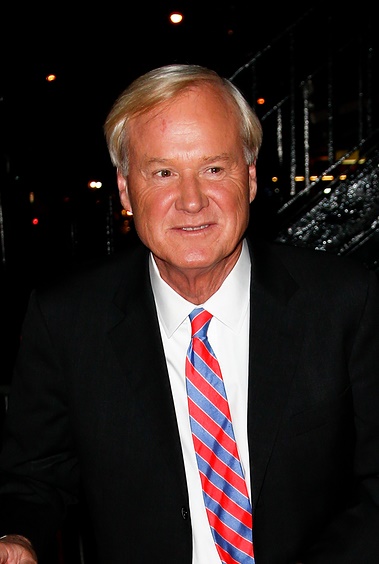 Matthews in 2013, photo by Debby Wong/Bigstock.com

He is the son of Mary Teresa (Shields) and Herbert C. “Herb” Matthews, a court reporter. He is married to Kathleen Matthews, with whom he has three children. Kathleen was Chair of the Maryland Democratic Party, from 2017 to 2018, and was chief communications and public affairs officer for hotel company Marriott International.

Chris’s paternal grandmother was Matilda Jane Gardner (the daughter of John Gilmore and Jane Gardner). Matilda was born in Balleymoney, Antrim, North Ireland. John was the son of Lyle Gardner and Ann Neill.

Chris’s maternal grandfather was named Charles Patrick Shields. Charles was born in Pennsylvania, of Irish descent. His mother was born in England.