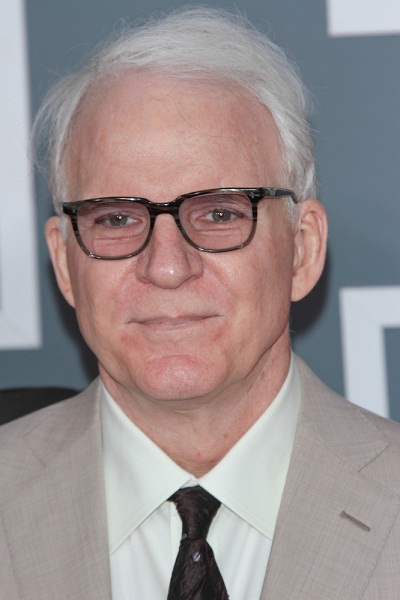 Steve Martin is an American actor, musician, comedian, writer, producer, and banjo player. His many roles include Planes, Trains and Automobiles, The Jerk, Father of the Bride, Bowfinger, Cheaper by the Dozen, Shop Girl, It’s Complicated, and Only Murders in the Building. He is the son of Mary Lee (Stewart) and Glenn Vernon Martin. He was born in Waco, Texas, and grew up Inglewood, California. He was raised a Southern Baptist.

Steve is married to writer Anne Stringfield, with whom he has a daughter.

Steve’s paternal grandmother was Dora Lee Holmes (the daughter of Edwin/Edward Henry Holmes and Ida Mae Davenport). Dora was born in Texas. Edwin was the son of Edward Camp Holmes and Leah R. Popham. Ida was the daughter of Elza Alexander Davenport and Frances Catherine/Katherine Ferguson.

Genealogy of Steve’s father (focusing on his own mother’s side) – http://worldconnect.rootsweb.ancestry.com