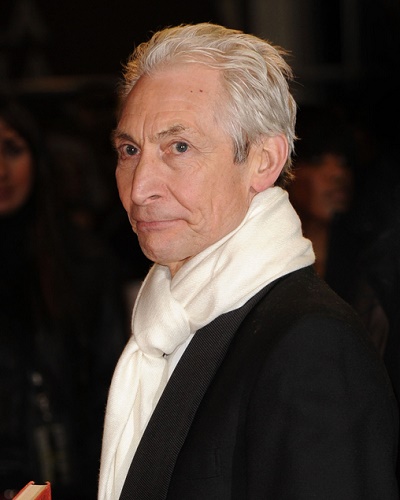 Charlie Watts is an English drummer, producer, artist, and horse breeder. He is a member of The Rolling Stones, a band whose members also include Mick Jagger, Keith Richards, Ronnie Wood, and, previously, Bill Wyman.

Charlie is the son of Lilian/Lillian Charlotte (Eaves) and Charles Richard Watts. He is married to Shirley Ann Shepherd, with whom he has a daughter.

In a 1984 book, Dance with the Devil: The Rolling Stones and Their Times, by Stanley Booth, Charlie appeared to state that he is Jewish, in an odd way, on page 67. It does not appear that Charlie has Jewish ancestry.