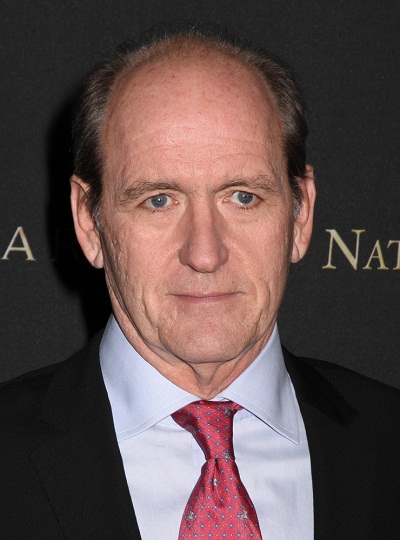 Jenkins in 2009; photo by Prphotos

Richard Jenkins is an American actor. He is known for his numerous roles over four decades, including in the films Burn After Reading, Step Brothers, The Visitor, and The Shape of Water. He received Academy Award nominations for the latter two. He is the son of Mary Elizabeth (Wheeler) and Dale Stevens Jenkins, a dentist.

Richard is married to Sharon R. Friedrick, with whom he has two children.

Richard’s paternal grandfather was Llewellyn E. Jenkins (the son of David Jenkins and Margaret Williams). Llewellyn was born in Illinois. David was English-born, and of Welsh descent. Margaret was Welsh.

Richard’s maternal grandfather was Westfall H. Wheeler (the son of Felix Grundy Wheeler and Lillie/Lillian B. Taylor). Westfall was born in Harrodsburg, Kentucky. Felix was the son of Clayton Russell Wheeler and Mary E. Burton.

Sources: Genealogy of Richard’s father (focusing on his own mother’s side) – http://worldconnect.rootsweb.ancestry.com