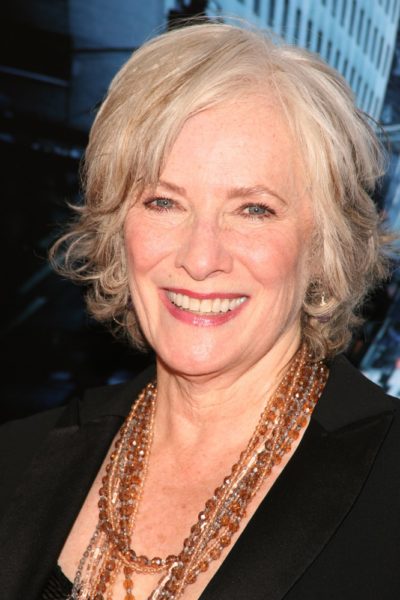 Betty Buckley is an American actress and singer.

Betty is the daughter of Betty Bob (Diltz), a dancer and journalist, and Ernest Lynn Buckley, a retired lieutenant colonel in the U.S. Air Force, and former dean of engineering at South Dakota State University.

Betty’s paternal grandparents were Norman Claude Buckley and Eva Myrtle Smith (the daughter of Andrew Leroy Smith and Elmira Howe). Norman was born in South Dakota, to Irish parents. Andrew was the son of Charles Smith. Elmira was the daughter of Freeman D. Howe and Malinda Ridenour.

Sources: Genealogy of Betty Buckley (focusing on her father’s side) – http://wc.rootsweb.ancestry.com

Genealogy of Betty’s paternal grandmother, Eva Myrtle Smith (focusing on her own mother’s side) – http://findagrave.com