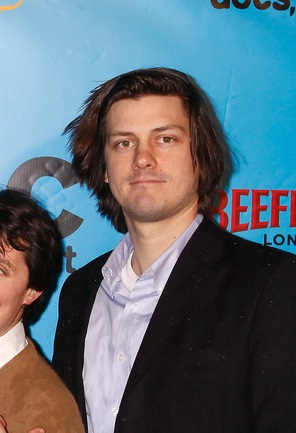 Trevor Moore was an American comedian, actor, writer, director, producer, and musician. He was part of the comedy troupe The Whitest Kids U’ Know (also a television program), along with Zach Cregger, and others, and starred with Zach in the film Miss March. His parents, known as Mickey & Becki Moore, were Christian folk singers. He was raised in Charlottesville, Virginia. Trevor was married to Aimee Carlson, until his death, with whom he had one child.

Trevor’s paternal grandfather was Paul Davis Moore (the son of Alexander Moore and Sarah Catherine Davis). Alexander was born in Donegal, Ireland, the son of Peter Moore and Jane. Sarah was the daughter of Israel B./Espy Davis and Catherine/Catharine Allison.

Trevor’s paternal grandmother was Miriam Beatrice Keller (the daughter of Stanley Harold Keller and Regina/Renee Beatrice “Rena” Bowser). Miriam was born in Pennsylvania. Stanley was the son of William L. Keller and Melissa Elizabeth Glasgow. Regina was of German descent, and was the daughter of John Calvin Bowser and Sarah Idella “Della” Diehl.

Trevor’s maternal grandfather was Donald Leigh Atkins (the son of Robert Alexander Atkins and Olive Claire/Clair/Clare Lum). Donald was born in Virginia. Robert was the son of Joseph Henry Atkins and Adelia/Delia Jackson Paynter. Olive was the daughter of Alvin Palmer Lum and Laetitia/Letitia/Luticia Starr Britton.

Trevor’s maternal grandmother was Frances Anne Henson (the daughter of Samuel Byron Henson and Elsie Fontaine Wood). Frances was born in Virginia. Samuel was the son of Samuel Puryear Henson and Anna Mary Carroll. Elsie was the daughter of Alderman Ollie/Olley Wood and Frances/Fannie Elnora Henson.

Sources: Genealogy of Trevor’s paternal grandfather, Paul Davis Moore (focusing on his own mother’s side) – http://worldconnect.rootsweb.ancestry.com

Genealogy of Trevor’s father (focusing on his own mother’s side) – http://worldconnect.rootsweb.ancestry.com

Genealogy of Trevor Moore (focusing on his mother’s side) – http://www.geni.com

Genealogy of Trevor’s maternal great-grandfather, Samuel Byron Henson (focusing on his own father’s side) – http://www.wikitree.com