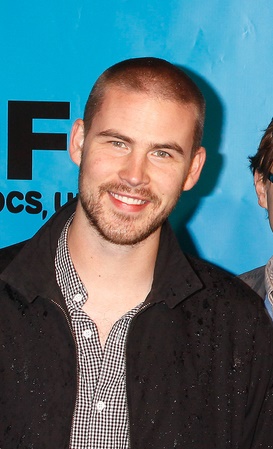 Cregger in 2009, photo by Prphotos

Zach Cregger is an American actor, writer, director, and producer. He directed the film Barbarian. He is part of the comedy troupe The Whitest Kids U’ Know (also a television program). Trevor Moore was also a member of the group; the two starred together in the film Miss March.

Zach is married to actress and model Sara Paxton. Zach’s seven times great-grandfather, Carter Braxton, was among the 56 signers of the U.S. Declaration of Independence, who was a merchant, planter, and Virginia politician. Zach also descends from the prominent Lee family of Virginia.

Zach is a first cousin, once removed, of Second Lady Tipper Gore, the wife of Vice President Al Gore. Tipper was born Mary Elizabeth Aitcheson, and her paternal grandparents were also Zach’s maternal great-grandparents. Zach’s uncle, William B. Taylor, Jr., was a U.S. Ambassador to Ukraine, from June 21, 2006 to May 23, 2009, and again, in an Acting capacity, from June 18, 2019 to January 1, 2020.

Zach’s maternal grandmother was Nancy Dare Aitcheson (the daughter of John Kenneth Aitcheson, Sr. and Virginia Dare Clarke). Nancy was born in Virginia. Zach’s maternal great-grandparents John and Virginia were also the paternal grandparents of Tipper Gore. Zach’s great-grandfather John was the son of John Aitcheson, who was born in Maryland, to parents from Paisley, Scotland, and of Caroline Appich. Virginia was the daughter of Randolph Thornton Clarke and Celeste Maude “Lessie” Wilkinson.

Genealogy of Zach Cregger (focusing on his mother’s side) – http://worldconnect.rootsweb.ancestry.com