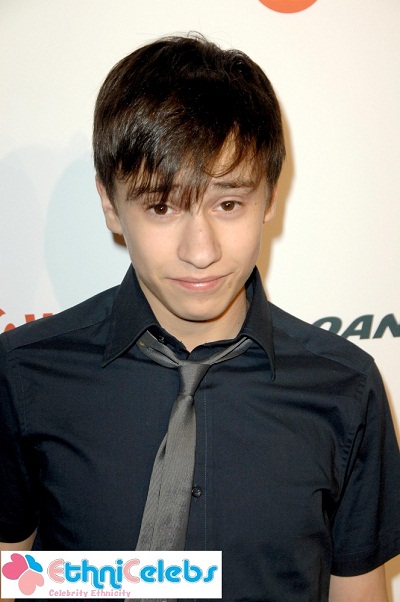 Keir Gilchrist is a Canadian actor and musician. His roles include the films It’s Kind of a Funny Story and It Follows, and the shows United States of Tara and Atypical. His brother is actor Evan Gilchrist. Keir was born in England, to Canadian parents, and was later raised in the United States and, eventually, in Toronto, Ontario. His ancestry includes Scottish, English, and Northern Irish.

Keir’s maternal grandfather was Douglas Dennison Peters (the son of Dr. Wilfrid Seymour Peters and Mary Gladys Dennison). Keir’s grandfather Douglas Peters was born in Brandon, Manitoba, and was a banker, economist, and a Member of Parliament for Scarborough East (ON), for the Liberal Party, from October 25, 1993 to June 2, 1997. Wilfrid was the son of William Seymour Peters and Anne Louisa Dunlop. Mary Gladys was the daughter of Albert Dennison and Elizabeth Riley.

Keir’s matrilineal line can be traced to his great-great-great-great-grandmother, Edna Pearson, who was born, c. the 1820s, in Canada, and to her parents, Joseph Pearson and Rachel Webb.