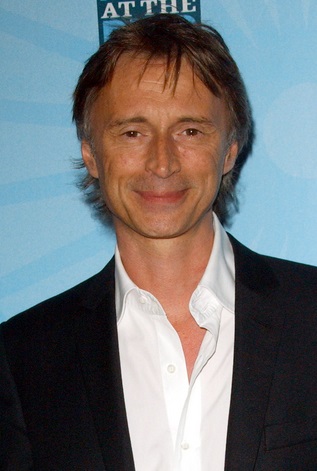 Carlyle in 2008, photo by prphotos.com

Robert Carlyle is a Scottish actor. He has Scottish and Irish ancestry.

Robert is the son of Elizabeth (Hayes) McDonald, a bus company employee, and Joseph Carlyle, a painter and decorator. He is married to make-up artist Anastasia Shirley, with whom he has three children.

Robert’s paternal grandfather was Peter Carlyle (born Peter Gordon, the son of John Carlyle and Agnes Gordon). Peter was born under his mother’s surname, as his parents married five years after he was born. Agnes was the daughter of James Gordon and Helen Stenhouse.

Robert’s maternal grandfather was Denis Hayes (the son of William Hayes and Catherine Keane). Denis was born in Dublin, Ireland.