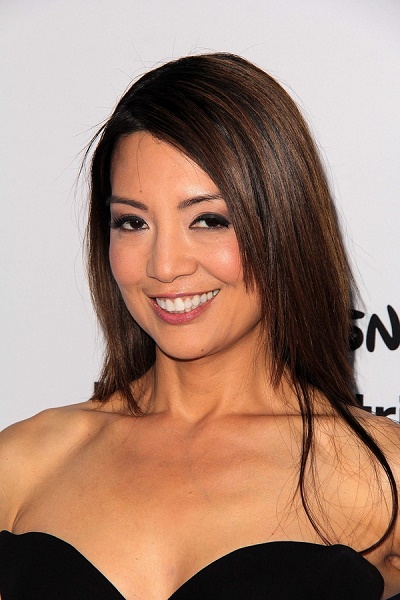 Ming-Na Wen in 2013, photo by kathclick/bigstock.com

Ming-Na Wen is a Macau-American actress. She has voiced Mulan in many projects, including the 1998 animated film. She has also been credited as Ming-Na, Ming Na, Ming Na Wen, and Ming Wen.

She was born on Coloane, one of the two main islands of Portuguese Macau (now Macau). Her mother’s name is Lin Chan Wen, and she has roots in Suzhou, China. She has stated that her biological father is Malaysian; he may also have Chinese ancestry. As a child, she moved to Hong Kong, then New York, and then Pittsburgh and its suburb Mt. Lebanon, Pennsylvania, U.S.

Ming-Na is married to Eric Michael Zee, with whom she has two children.