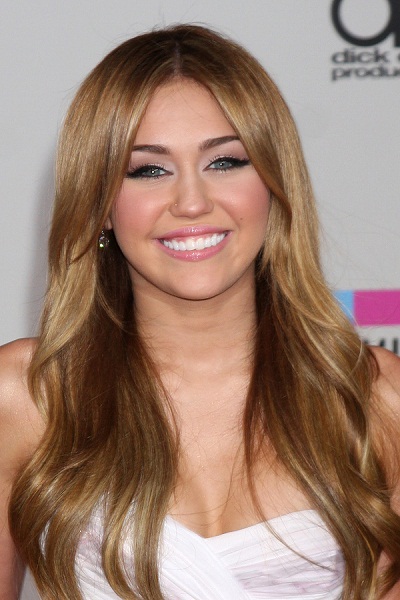 Miley Cyrus is an American actress, singer, and songwriter. She has starred on the series Hannah Montana, and in the films The Last Song, So Undercover, LOL, and Bolt.

Miley is the daughter of Leticia and singer, songwriter, and actor Billy Ray Cyrus. Her paternal grandfather, Ron Cyrus (Ronald Ray Cyrus), was a Democratic politician and public worker. Among her siblings are actress and singer Noah Cyrus and musician Trace Cyrus. Born Destiny Hope Cyrus, she has officially changed her name to Miley Ray Cyrus. She has also been credited as Ashley O, the name of her Black Mirror character, and Miley Hemsworth.

Miley’s mother was adopted, as she has stated.

Several family trees indicate that the Cyrus surname was spelled Siers many generations back. Most or all of Miley’s father’s ancestors since the start of the 1800s were born in the United States. Much of her father’s ancestry is English, along with Scottish, Irish, and Welsh.

Miley’s paternal grandfather was Ronald Ray Cyrus (the son of The Rev. Eldon Lindsey/Lindsay Cyrus and Verlina Adeline Hay). Ronald was born in Kentucky. He was a member of the Kentucky House of Representatives, from 1975 to 1996, and Executive Secretary and Treasurer of the Kentucky AFL-CIO, from 1984 to 1986. The Rev. Eldon was a Pentecostal preacher, and was the son of Joseph Morgan Cyrus and Sarah Elvessa Hayes. Verlina was the daughter of Martin Alexander Hay and Mary Jane Hayes.

Miley’s paternal grandmother is Ruth Ann Casto (the daughter of William Clayton Casto and Mary Guila/Guilla Boggs). Ruth was born in Kentucky. William was the son of Joseph C./Johnsey Casto and Josie E. Johnson. Mary was the daughter of Clement Alexander Boggs and Leora Olive McAtee.

Miley’s adoptive maternal grandfather was Glenmore Finley (the son of Benjamin Harrison Finley and Ada Cornett). Glenmore was born in Kentucky. Benjamin was the son of John Patton Finley and Nancy Louisa Berry.

Miley’s adoptive maternal grandmother was Loretta Jean Palmer (the daughter of Neville Hardy Palmer and Nellie Burch Howard). Loretta was born in Kentucky. Neville was the son of Andrew Jackson Palmer and Fannie Pink Woolum. Nellie was the daughter of Adren/Adron D. Howard and Fronie/Frony Hill.