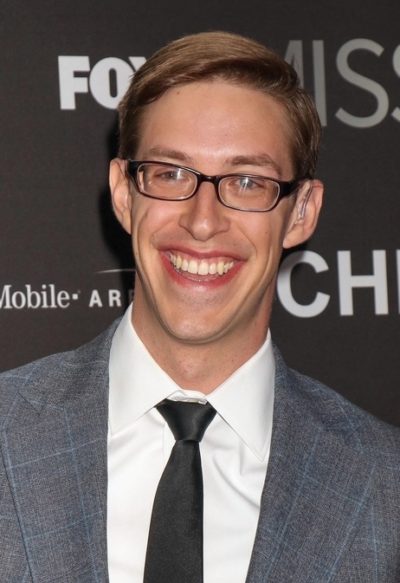 Habersberger in 2016, pic by www.prphotos.com

Keith Habersberger is an American internet personality. He is part of the comedy group The Try Guys, along with Ned Fulmer, Zach Kornfeld, and Eugene Lee Yang.

His father is of half Scottish descent, with the other half appearing to be a mix of Czech, Austrian, German, and possibly another other Eastern European ethnicity. Keith’s mother’s ancestry is English, Irish, and Welsh. He is married to Becky.

A DNA test whose results were displayed on YouTube stated that Keith’s genetic ancestry is:

Keith’s maternal grandfather was James Albert McCarthy (the son of William Scott McCarthy and Jessie Maude Parkin). James was born in Kentucky. William was the son of James Knox Polk McCarthy, whose parents were Irish, and of Clara E. Coleman. Jessie was the daughter of Albert “Bud” Parkin, who was of half Welsh and half Irish descent, and of Sarah Elizabeth “Sallie” Balentine.

Keith’s maternal grandmother was Mildred Price (the daughter of DeLeon Russell Price and Zora Bell Hooner). Mildred was born in Tennessee. DeLeon was the son of M. S. Price and P. A. Russell.

Sources: Genealogy of Keith Habersberger (focusing on his father’s side) – https://www.ancestry.com