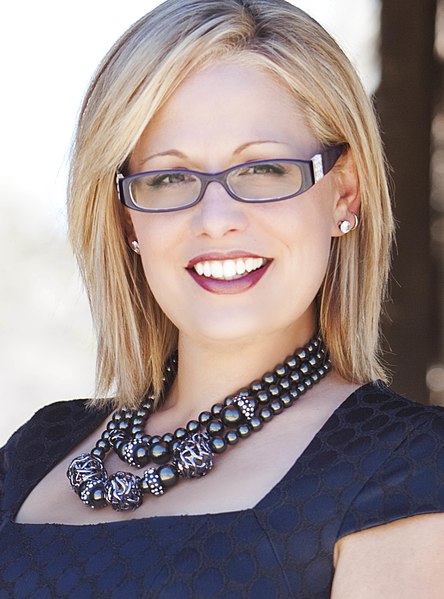 Kyrsten is the daughter of Marilyn and Dan Sinema. Her surname is Dutch/Frisian. She was raised LDS (Mormon), though is non-practicing.

She is the first openly bisexual person elected to the U.S. Congress.

Kyrsten’s maternal grandfather was Clyde Everett Wiley (the son of Edward Seymour Wiley and Fannie Hestor/Hester Alley). Clyde was born in West Virginia or Kentucky. Edward was the son of Moses Wiley and Sarah Ann Riggs. Fannie was the daughter of Bud/Oliver D. Alley/Allie and Fanny/Frances Catherine Fredrick/Frederick.

Kyrsten’s maternal grandmother is Dorothy J. McClure (the daughter of Charles Preston McClure and Edith Avis Speer). Dorothy was born in Oklahoma. Charles was the son of William Jefferson McClure and California Warren. Edith was the daughter of Henry Martin Speer and Laura Helen Gay.