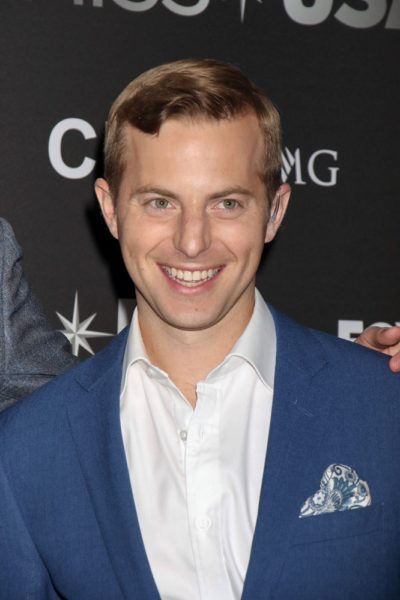 Ned Fulmer is an American internet personality. He is part of the comedy group The Try Guys, along with Keith Habersberger, Zach Kornfeld, and Eugene Lee Yang.

Ned has said that he is “50% Italian, 9/32 Welsh, 3/32 English, 3/32 Irish, and 1/32 that we don’t know.” While Ned’s mother is of Italian descent, his other fractions are not precisely accurate. It is not clear what fractions of Welsh, English, and Irish he is, but they are likely not specifically what he mentioned. He also has German, Dutch, and Scots-Irish/Northern Irish ancestry from his father’s side.

Ned is married to Ariel, with whom he has two children.

A DNA test whose results were displayed on YouTube stated that Ned’s genetic ancestry is:

Ned’s paternal grandfather was Hugh Scott Fulmer (the son of Clifford Herbert Fulmer and Emily H. Price). Ned’s grandfather Hugh was born in New York. Clifford was the son of Herbert Seeley Hamilton Fulmer and Alice R. Scott, whose parents were Irish. Emily was the daughter of George Merriman Price, whose father was English, and of Nettie Belle Reese, who was of German and Dutch descent.

Ned’s paternal grandmother was Zola Marion Jones (the daughter of Jay Erwin Jones and Marion Jarvis). Zola was born in New York. Jay was the son of James E. Jones and Gertrude Lawton. Ned’s great-grandmother Marion was the daughter of Frederick L. Jarvis, whose mother was Welsh, and of Elma May Porter.

Ned’s maternal grandfather was Alfred M. Gallo (the son of Francesco Antonio Maria Gallo and Ermelinda Natalina Coppola). Alfred was born in New York, to Italian parents, from Fisciano, Caserta, Campania. Francesco was the son of Antonio Gallo and Regina Risi. Ermelinda was the daughter of Giuseppe Coppola and Angela Delle Donne.

Ned’s maternal grandmother was Linda Gastaldi (the daughter of Angelo/Angus Gastaldi and Maria Giovannina “Jennie” Pinoli). Linda was born in New York, to Italian parents, from Stradella and Dorno, respectively, both in Pavia, Lombardy. Angelo was the son of Francesco Gastaldi and Ermelinda Ricotti. Maria was the daughter of Enrico Pinoli and Filomena Lunghi.

Sources: Genealogy of Ned’s father (focusing on his own father’s side) – https://wc.rootsweb.com