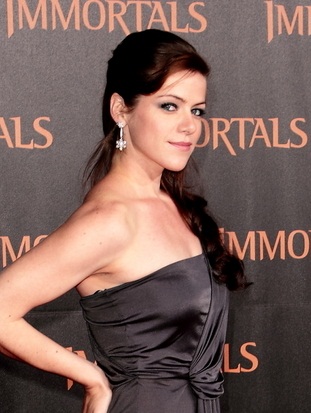 Kaniehtiio Horn is a Canadian actress. She is also credited as Tiio Horn. She was nominated for a Gemini Award for her role in the television film Moccasin Flats: Redemption.

Her father is a lawyer of Scottish, German, and English descent. Her mother, Kahn-Tineta Horn, is a model, and Mohawk activist.

Pictures of Kaniehtiio with her mother can be seen here.

My mother’s Mohawk and my father is Scottish/German from Nova Scotia. But my mother is Mohawk and super dark, so I think that might be part of it. She used to model in the 60’s and was part of the civil rights movement for Native Americans. I used to live on a reserve, but I went back and forth between my reserve and Ottawa where my father lived, so I kind of had a double life growing up.