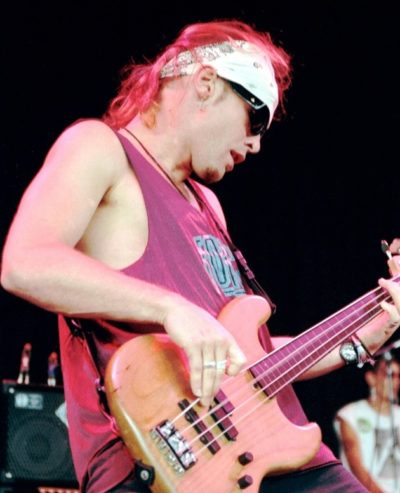 Jeff Ament is an American musician and songwriter. He is the bassist for American rock band Pearl Jam. Other members of Pearl Jam include or have included Dave Abbruzzese, Matt Cameron, Stone Gossard, Mike McCready, and Eddie Vedder.

Jeff is the son of Penny and George Joseph Ament. He is married to Pandora Andre-Beatty.

Jeff’s paternal grandfather was Henry Nickolai/Nicholas Ament (the son of Jacob Henry Ament and Mathilda Herrigs). Jeff’s grandfather Henry was born in Wisconsin. All of Henry’s grandparents were German. Jacob was the son of John Ament and Anna Marie Reinwand.