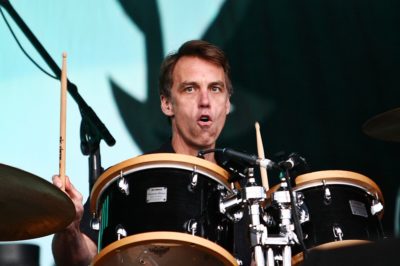 Matt Cameron is an American musician. He is the drummer for the American rock bands Pearl Jam, Soundgarden, and Temple of the Dog, as well as side project bands Hater and Wellwater Conspiracy. Other members of Pearl Jam include or have included Dave Abbruzzese, Jeff Ament, Stone Gossard, Mike McCready, and Eddie Vedder. Other members of Soundgarden include or have included Chris Cornell, Jason Everman, Ben Shepherd, Scott Sundquist, Kim Thayil, and Hiro Yamamoto.

Matt is married to April Carmen Acevez, with whom he has two children.