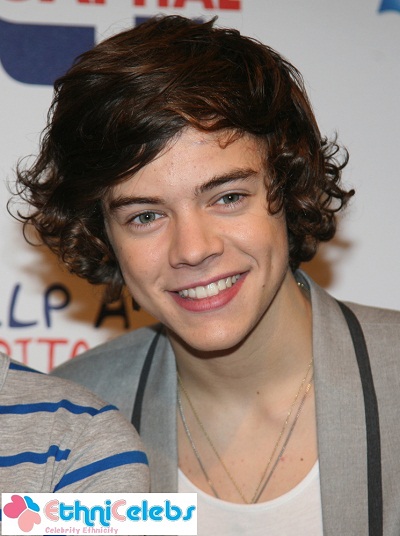 Harry is the son of Anne (Selley) and Desmond Styles. He is of English descent. Many of his ancestors were farm labourers in Norfolk. Some of Harry’s father’s ancestry can be traced back to the 1500s. He was raised in Holmes Chapel, Cheshire.

Harry’s paternal grandfather is Keith Frederick Styles (the son of Ernest George Styles and Gladys Winifred Fairchild). Keith was born in Peterborough, Northamptonshire, England. Ernest was the son of Sydney/Sidney George Styles and Ellen Amelia Eales. Gladys was the daughter of Frederick Fairchild and Jane Winters.

Harry’s maternal grandfather is Brian William Selley (the son of William Thomas Selley/Selby and Ena May Boon). Brian was born in Islington, London, England. Harry’s great-grandfather William was the son of John Hackwarthy Selley and Martha Caroline Baker. Ena was the daughter of Albert John Boon and Ellen Margaret Dennington.