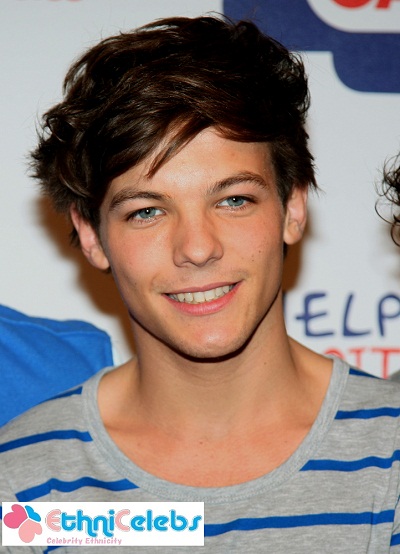 Louis Tomlinson is a British singer, songwriter, actor, and footballer. He is a member of boy band One Direction, along with Niall Horan, Liam Payne, Harry Styles, and, previously, Zayn Malik.

Louis is the son of Johannah Lee (Poulston) and Troy Austin. He is of mostly English descent, with more distant (to varying degrees) Belgian [Flemish], Channel Islander, and Irish, ancestry. His sister is model, author, and makeup artist Lottie Tomlinson, who founded self-tanning company Tanologist.

Louis has a son with stylist Briana Jungwirth.

Sources: Genealogy of Louis’s maternal grandfather, Leonard Poulston (focusing on his own father’s side) – http://worldconnect.rootsweb.ancestry.com