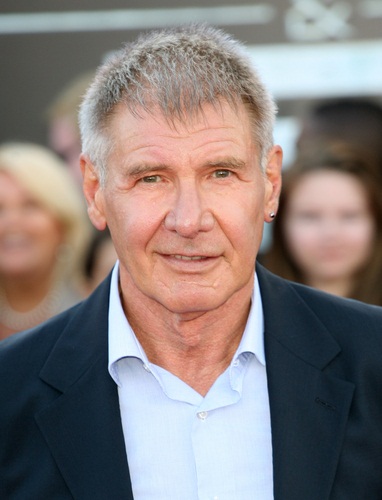 Harrison Ford is an American actor and producer. Among the characters he has played in his decades-long career are Indiana Jones, Han Solo, Bob Falfa, Rick Deckard, Jack Ryan, and Dr. Richard Kimble. He has been Vice Chair of Conservation International, since 1991.

Harrison is the son of Dora/Dorothy (Nidelman), a radio actress, and Christopher Ford (born John William Ford), an actor and advertising executive. His brother is actor Terence Ford.

Harrison’s father was born in Manhattan, of three quarters Irish and one quarter German ancestry. Harrison’s mother, also born in New York, was Jewish, the daughter of Jewish emigrants from Minsk, Belarus (at that time, Minsk was part of the Russian Empire). Harrison was raised around both Catholicism (his father’s religion) and Judaism (his mother’s religion). Harrison’s father’s first wife, Celia Mast, was also Jewish. On Inside the Actors Studio (2000), Harrison humorously stated, “As a man I’ve always felt Irish, as an actor I’ve always felt Jewish.”

Harrison is married to actress Calista Flockhart. He has five children: two with his first wife Mary Marquardt; two with his second wife, screenwriter Melissa Mathison; and one with Calista.

Harrison was selected People Magazine’s “Sexiest Man Alive” in 1998. He is the first man of Jewish heritage to have been given this title by the magazine (Adam Levine, in 2013, is the second, David Beckham, in 2015, is the third, and Paul Rudd, in 2021, is the fourth).

Harrison’s paternal grandfather was John Fitzgerald/Edward/H. Ford (the son of Thomas F. Ford and Mary Tuohey/Touhey). John was born in New York, to Irish parents. Thomas was the son of John Ford and Mary Calkins Coggan, who was from County Mayo.

Harrison’s maternal grandfather was named Harry Nidelman/Needleman. Harry was born in Minsk, to a Jewish family.

Harrison’s maternal grandmother was Nachama “Annie/Anna” Lifshitz/Lipshitz/Lifschutz (the daughter of Chaim/Khiam/Khaim Ha Levi “Jacob” Lifshitz and Reisa/Rochel/Leah Shmerkovitz). Nachama was born in Minsk, to a Jewish family. She met Harrison’s grandfather, born in the same city, in the United States. Chaim was the son of Eliezer Aron Lippman, who was born in Ukmergė, Vilnius, Lithuania, and of a woman whose surname was Halevi.