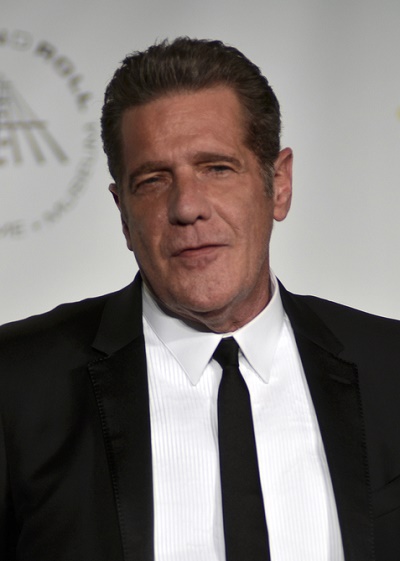 Glenn Frey was an American musician, singer, songwriter, actor, and producer. He is known as a founding member of the band Eagles. Other members of the group include/have included Don Felder, Don Henley, Bernie Leadon, Randy Meisner, and Joe Walsh.

Glenn was born to Nellie Marie (Markham) and Robert George Cedar. He was raised by his mother and her second husband, Edward “Eddie” Warren Frey. He was married to dancer and choreographer Cindy Millican, with whom he had three children.

Glenn’s maternal grandfather was George Dewey Markham (the son of John Markham and Lucy Sue Scott). George was born in West Virginia. John was the son of Lewis Markham and Ardelia Randolph. Lucy was the daughter of Mandaville Jackson Scott and Rebecca Ann Cooper.