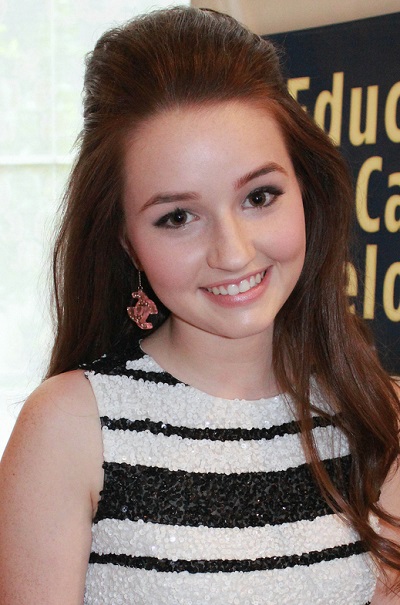 Kaitlyn Dever is an American actress. Her roles include Them That Follow, Men, Women & Children, and Booksmart, among many other dramatic and serio-comic performances.

Kaitlyn’s paternal grandfather was Daniel Lynn Dever (the son of Oval Luther Dever and Marnie/Mamie Marie Fields). Daniel was born in Indiana. Oval was the son of Jacob Luther Dever and Jesse/Jessie Alma Julius. Marnie was the daughter of Frank/Franklin/Francis William/M. Fields and Maud/Maude Ella/Ellen Bragg.

Kaitlyn’s paternal grandmother is Louise Anne Longacre (the daughter of Richard Arthur Longacre, Sr. and Mary Agnes Connolly). Richard was the son of Benjamin Richard Longacre and Pearl Elizabeth Jacoby. Mary Agnes was the daughter of Edward Joseph Connolly, whose father was from County Cavan, Ireland and whose mother was from County Tyrone, Ireland; and of Carrie Isabella Aulenbach.

Kaitlyn’s maternal grandmother is Mary Janice Key (who likely is the daughter of James Marvin Key and Frances Synie Stewart). James was the son of James William Key and Seina Bell Scott. Frances was daughter of Hubert/Herbert Garvin Stewart and Laura Latain Moody.

Sources: Genealogy of Kaitlyn’s father (focusing on his father’s side) – http://familytreemaker.genealogy.com