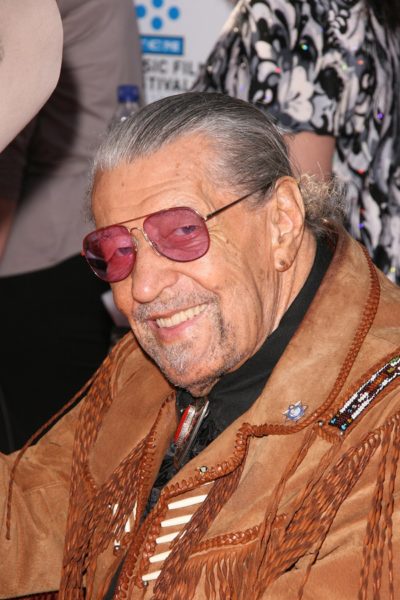 Herb Jeffries is an American actor and jazz singer and songwriter, known for his baritone voice. He was known as the Bronze Buckaroo, Herbert Jeffrey, and The Sepia Singing Cowboy.

Herb was the son of Mildred Elva (Dell) and Howard Calvin Ball Jeffrey, who were born in Michigan. His father was African-American. His mother was of Irish descent, with some roots in Canada. Herb had five children, including a daughter with his former wife, burlesque star and motion picture actress Tempest Storm.

Herb’s birth name was said to have been Umberto Alexander Valentino or Umberto Alejandro Balentino or Ballentino. This is not accurate.

Herb was said to be of Sicilian, Ethiopian, French, Italian, and Moorish ancestry. This is not accurate.

Herb’s paternal grandparents were Fred Ball and Carrie Jeffrey (the daughter of Calvin Jeffrey and Mary). Fred and Carrie were born in Ohio or Michigan. Mary was from Canada.