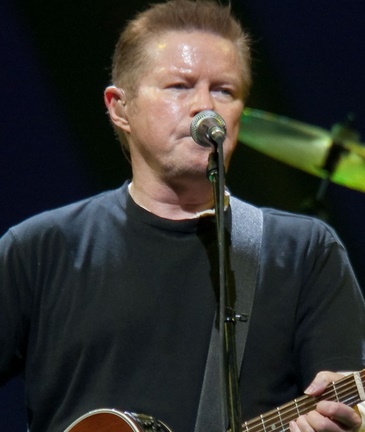 Henley in 2009, photo by Prphotos.com

Don Henley is an American singer, songwriter, drummer, and producer. He is known as a founding member of the band Eagles. Other members of the group include/have included Don Felder, Glenn Frey, Bernie Leadon, Randy Meisner, and Joe Walsh.

Don is the son of Hughlene (McWhorter) and Con Junell “C. J.” Henley. He is married to Sharon Summerall, with whom he has three children.

Don’s maternal grandfather was Hugh Hall McWhorter (the son of John Dicks McWhorter and Nancy Hall). Hugh was born in Mississippi. John was the son of William McWhorter and Frances Dicks. Nancy was the daughter of Hugh Hall and Mary Ann Brown.

I want to go to Como because my grandmother had Italian roots and her ancestors emigrated from Genoa to America and settled in a tiny town in Texas called Como… My father was born in Como, but Como is one in Texas… That’s why I want to see Lake Como, the real one.

Don may have been misquoted. All Don’s traceable ancestors were born in Texas, Tennessee, or Arkansas. He has no documented Italian ancestry.